is located east of the town of San Gimignano (just under 3 km) along the old road that leads to Pietrafitta. The soil is composed of yellow clay (prevalent) and tuff.
The altitude is between 165 and 180 meters above sea level.

Most of the vineyards have south-east exposure. Only two small plots (Merlot and Vernaccia di S.G.) are exposed to the north west. The vineyards were planted between 1999 and 2001 all with spurred cordon training and a density of  5,000 plants per hectare.

Overall, there are 5.65 ha, divided as follows: 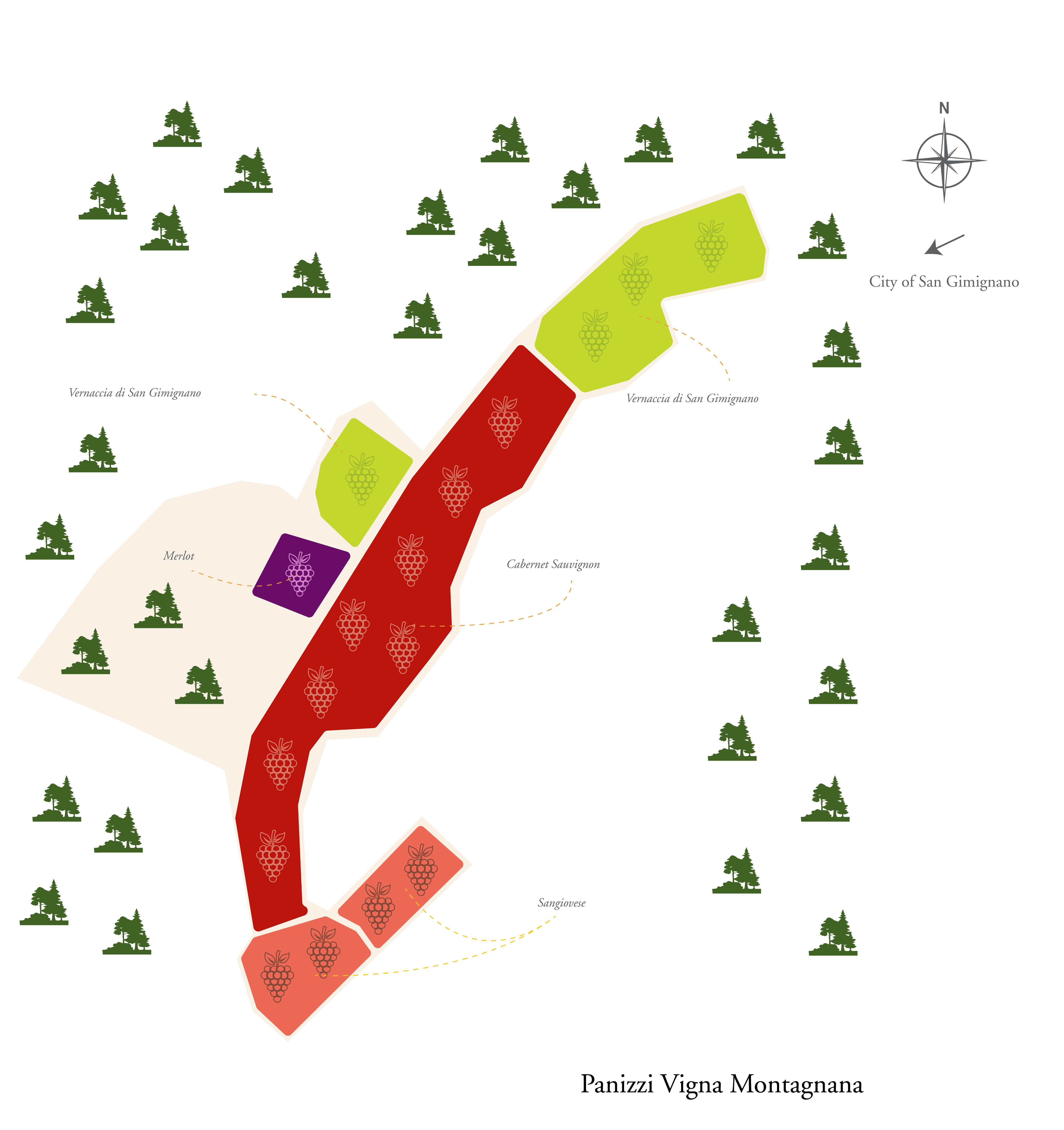